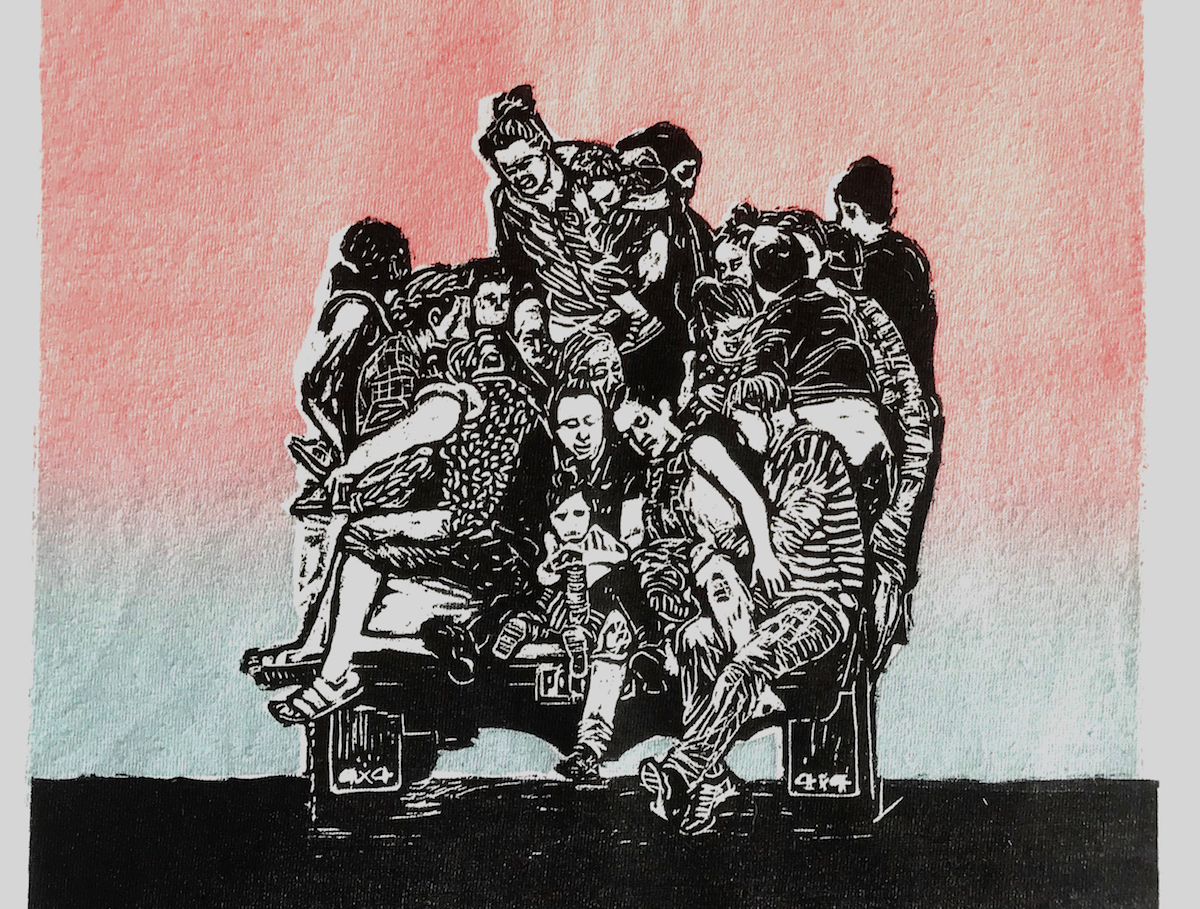 Phebe Macrae Corcoran and Marco Velasco at Espacio Pino Suárez, in Oaxaca, are making these beautiful t-shirts to raise money for El Comedor, an autonomous kitchen in Tijuana that cooks hot food for migrants stranded at the border.  The shirts are hand-printed from woodblock prints based on photos by Pedro Pardo and John Moore, and are being sold in Oaxaca to tourists, as a part of project to simultaneously raise awareness of the grave disparity between the experience of US tourists, expats, and travelers in Mexico and Mexican migrants and expats coming to the United States, while also moving tourist dollars into direct aid to migrants stranded at the border.

El Comedor emerged from an autonomous movement called Contra Viento y Marea, not only does it provide meals, but it also provides toiletries and other necessities, acquired through donation and mutual aid.

Phebe Macrae Corcoran is a printmaker and textile artist in Goddard’s BFA in Socially Engaged Art, who has been living and working in Oaxaca for many years.  She writes:

How I could justify my presence in a country that provided me with a network of friends, teachers, food, work, and a beautiful affordable apartment, when the US (my home country) made the existence of Mexican migrants so much more difficult than it had to be?

The question then became; how do I take social action in a culture that is not mine. I’m still not exactly sure, but I’m trying to take the first steps.

Phebe took on this project as a way to employ her skills and her social access as an expat to generate money for a migrant-led project providing direct services to affected people.  At the same time, these striking images belong to a long tradition of political printmaking (e.g. Kathe Kollwitz, et al.), distributing poignant images that mark the experience, hardship, and dignity of Central American migrants.  The labor and care that goes into each print is evident.  As printmaker and scholar, Josh MacPhee writes: